Is HTML5 is the Future of Web Developers

According to our new stats and report, standard based HTML5 web development popularity and fame has been increasing in each and every part across the country as such apps can run cross platform and are considered as big in the enterprise. HTML5 is the most updated version of HTML (Hypertext Markup Language). In integration with many other standard based technologies such as JavaScript and CSS, HTML5 can run at diverse platforms and browsers and across platforms without plug-ins. In accord to a report on HTML5 development from Sencha, a web provider of open source web application frameworks inquired more than 2000 business application web professionals from its business focused community. It raised the facts like mentioned in below.
[list style=”arrow”][li]More than 65% of web professionals have turned to HTML5 along with the hybrid development of their key projects[/li] [li]More than 70% of hybrid developers are utilizing HTML5 as compared to last year and it is predicted that more will use it in year 2015[/li] [li]Approximate 20% of native mobile developers presume to use lesser native techniques and technologies in the long run[/li] [/list]
Microsoft’s Important News
According to this report, the days of web developers supporting simply iPhones and Windows desktops with their respective applications are just over along with that around half of the developers affirm both desktops and mobile devices as their main applications. Most of them support at least one of the Android phone apps including supporting and maintaining Windows Classic, iPhone, iPad or Mac OS. About one third and one fifth of developers are focusing on mobile devices or on desktops on individual basis. A good surprise of the survey is that the high number of devices that web professionals have been supporting. Another thing was the strong preference of them for standard based technologies like JavaScript and others.
This survey also has some significant news for Microsoft depicting that though Windows classic for laptops and desktops remained as the top notch app development target, amongst which 30% of developers have dropped back for it. The leading drivers behind HTML5 popularity and recognition are the need to create apps in one environment, and to develop them in a quick fashion and the capability to run cross platform and an ever increasing satisfaction with the HTML5 development tools. Even according to Mullany when asked about the new mobile platforms like Firefox OS that focused on HTML5 apps instead of native ones, the next stop for the browser lies in its support of HTML5 apps, made to lend better experiences and that are already expecting to focus on new platform.
Well Sencha has an obvious interest and concern in promoting HTML5; it is not alone in documenting and enhancing the HTML5 bandwagon. On the similar hand, around 55% of web developers in the market are making use of this platform for websites as well as web apps that showcase the majority of their projects. In addition, the Forrester report says and shows the continuing debate between higher performances in native mobile applications through the lowered down cost, a common code base for HTML5 based applications and portability. Those creating enterprise applications and associated mobile applications inclined toward HTML5, and even that report depicted that consumer facing applications including games will carry on to pick a native platform approach. Last but not least, the discussion is over and came to a conclusion that for majority of the web developers, they have encircled and accepted HTML5 and the future. 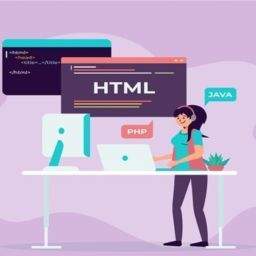 When it is about availing services from a web development service provider, it is must to consider and take into…

Just two days before, Samsung Galaxy S4 Google Play Edition has been launched and few lucky guys have even tried…

At present, PHP web application development is doubtlessly and assuredly one of the most sought after and demanded after web…

In last few years, the space restricted for WordPress themes have been quite crowded and congested. Right scratch from elegant…

Css stands for Cascading Style Sheet. Developed by World Wide Consortium in 1996. Used to format the look and feel of a…

In this technological web space, it is must for a business to own a well constructed, beneficial and informative website….

In the last few years, web designing has grown by leaps and bounds crossing every boundary and entering into creativity…

Get An Instant Quote

We’d love to hear from you